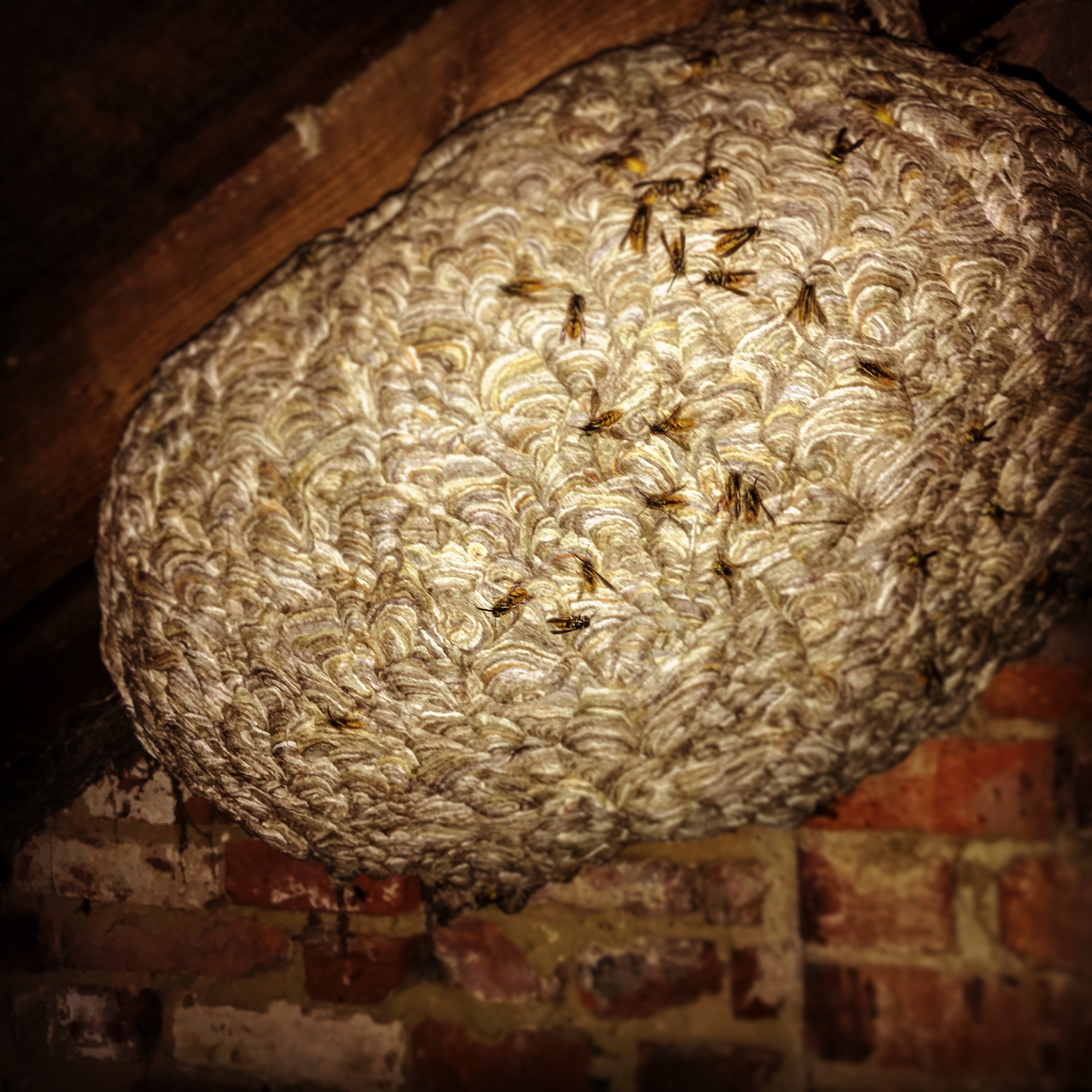 Well 2018 will go down as one of the best summers ever! It actually followed quite a long cold winter, we had snow in March and April was very wet and but then came May. May was spectacular. Spring as it should be with flowers bursting and insects buzzing around everywhere. I guess you could say we had a proper Winter followed by a proper summer. All this led to an abundance of wasps through the summer and we where extremely busy dealing with huge wasps nests. Even now at the beginning of November we are still getting calls for wasps nests.

So the video above was taken on a job just outside of Newbury and after posting it on Facebook it went a little viral. We ended up doing radio interviews with BBC Berkshire and also T.V. for ITV News. This led to more wasps nests calls back in the office. So that wasps nest was my favourite. The video is of a huge nest that was discovered by our customer when he opened a cupboard inside his garage. The wasps where actually entering the cupboard through the back wall, so no wasp activity was present inside the garage until the cupboard was opened.

Another favourite was the wasps nest above a kids bedroom in a house near Tadley. Wow, it was big and angry and it was quite a job to remove it safely.  Check out that video here on the left of this page. So it was a very busy season for us chasing wasps around lofts, at schools, in vehicles or under decking, you just never know where they will turn up next. What a summer it was! Warm and long and very very busy. We shouldn’t get too many more wasps nests now that the rat season has started.

If you have a pest problem or are just after some advice then don’t hesitate to give us a call at RIDTEK Pest Control.